Maharaja Rameshwar Singh's Presidential speech in 5 th Indian  Industrial Conference held at Lahore on 30 Dec 1909 :
Ladies and gentlemen, Rome was not built in a day , and nation - building, to be of a permanent order , is necessarily a very slow evolutionary process. We are sometimes apt to get impatient and hurry towards to reach a goal without through the intermediate disciplinary stages which are necessary. But the more haste the worse speed. We must be content to do the work that lies before us in one life- time ; to carry on the torch in our own day , and pass it with undimmed lustre to our successors in the race .
The work of nation - building requires the cooperation of all sections of the community. And it is gratifying to find that this feeling of good - fellowship and cooperation is beginning to manifest itself largely amongst the Mahomaden and Hindu communities everywhere in India . And why should it not be so ? Why should not all the separate sections come closer together in furthering the common interests of the country? We can be --   " distinct as the billows,
Yet one as the sea. "
Differences in religions, creeds and rituals will always be amongst us , but these need not interfere with entire community of feeling and co- operative unity of spirit in promoting the material, social , intellectual, political and moral progress of India .
Ladies and Gentlemen, to foster this unity of spirit we ought to bend all our endeavours, by precept and example, for , believe me , it is the basilar foundation on which the superstructure of all the real progress rests .
Ladies and Gentlemen, we are met to-day to confer together as to the methods by which the old industries of India may be stimulated into more active life , and new ones brought into being. I need not go into the past history of Indian Industries in ancient times on the present occasion, as that was fully brought before you by my eminent predecessor in this chair, H. H. the Gaekwar of Baroda. I will confine my remarks mainly to a general survey of our industrial activities and prospects as they appear to me of future progress.

We must do " first thing first. " And the first and foremost of all Indian industries is Agriculture. This is the question that deserves our first consideration. The overwhelming majoritjy of our people are tillers of the soil, and they pursue their calling by the most primitive methods which have apparently been stereotyped by the practice of long bygone ages . The soil is not made to yield forth the abundance she is capable of doing, and the consequence is that there are still millions of the inhabitants who do not have enough to eat all the year round, and in years of drought and famine we all know the misery that ensues notwithstanding the splendid efforts of the Government and the land-owners to assuage and stem the tide of starvation and death at such times. Agriculture is receiving the serious attention of our Government. Agricultural Colleges and Government Farms planted here and there have been doing fruitful work so far as they are able; but there are not enough of them yet to do more than touch the fringe of the subject. My conviction is that scientific agriculture must begin to be taught and learned at all the primary schools in India, every pupil being practically instructed by means of gardens being attached to each school . I observe that this is also the opinion of Mr. F. Smith, the able Deputy Director of Agriculture in Bengal who has just published a little brochure on the subject, which all interested in teaching of agriculture should procure and read . It was Jonathan Swift who said " that whoever could make two ears of corn , or two blades of grass , to grow upon a spot of ground where only one grew before, would deserve better of mankind, and do more essential service to his country, than the whole race of politicians put together."
The agricultural education of the people must be put in the foreground of the endeavours of the Government and of all our educational authorities. Experiments at the Government farms have shown that with selected seed and proper treatment the acre can be made to yield on an average from fifty to one hundred per cent. more than it does at present. To take an instance the average out- turn of wheat in India is only from nine to ten bushels per acre. In Great Britain it is over thirty. To raise our average even to fifteen bushels is surely not beyond the reach of Science. The same remarks might be made in regard to all our food crops. An attainable fifty per cent . more , when realised, would go far to banish scarcity and famine from the land.


To take an instance of a fibre crop. The average yield of fibre from an acre of jute is  , under present primitive cultivation, not more than 1,100 lbs. The Agricultural Farms have demonstrated that with a little more scientific culture, more than double that weight could be gathered from the same area . If this crop were scientifically cultivated it would mean an additional annual wealth to the two Bengals of at least Rs. 24,00,00, 000. And so on all along the agricultural line . All our wealth comes from the ground and the more we get out of it in crops and minerals; the more will all other industries increase and flourish .

I have spoken of the increased wealth to be got out of the soil. I would like to touch for the moment on the yet unexploited wealth to be obtained from the sea. There are of course fisheries in our rivers and in parts of our coastal waters, but these have only merely nibbled at the industry by means of small boats , and have left practically untouched the enormous wealth contained around our vast coast line and inland waters. Quite recently attention has been drawn to the fishing industry as a fruitful field for greatly adding to our food supply and of enriching the material wealth of the country. Fishing brings quite a number of related industries in its train . The manufacture of oil which would find a ready sale; the curing trade, the making of barrels and packing cases, &c., &c., besides furnishing employment to thousands as merchants and vendors of fish and its products, and ultimately as a Swadeshi industry the building of steam trawlers with all their equipments, and out fits of tackle and apparatus. The Province of Madras has shown the way how to tackle the Fisheries on the coast and the Bengal Government have followed in a very efficient and practical manner by proving with their experimental steam trawler that fishing in the Bay of Bengal can be made a profitable trade when brains, capital and expert guidance can be put into the industry. The Fisheries of India surely ought to be an industry that ought to receive every encouragement. The value of the fish taken last year along the coasts of Great Britain amounted to Rs. 18,00,00,000 . Who can estimate the wealth that will accrue to India when vastly greater coast lines are exploited in a similar manner?
If we turn to our Textile industries we see rapid progress being made in recent years. You had the statistics of the progress of the cotton trade placed before you on a former occasion showing its marvellous strides in recent years. The Jute industries in Bengal show a like rapid increase. 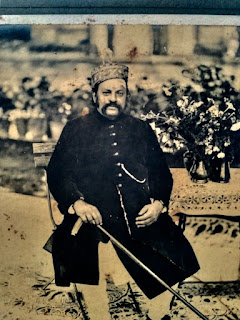 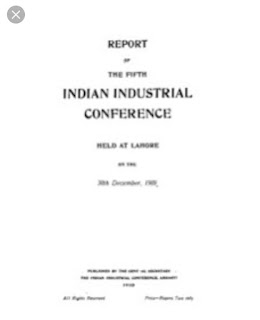 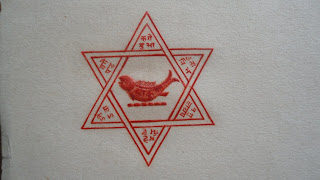 रमन दत्त झा
Patna, Bihar, India
B.Com,MBA.Writer and Keen Learner, try for Perfection and Retired as a Section Officer from Bihar Legislative Council. Previously worked as Business Manager in an apex co-operative organisation . Closely related to Darbhanga Raj. From maternal side descendant of Maharaj Madhav Singh (Ruled 1775-1807) . My father is a cousin of Last Maharaja Dr. Kameshwara Singh.. My whole family lived with Maharaja Of Darbhanga. My father was a Disposal officer in Darbhanga Raj , trainee officer in Darbhanga Aviation, Office Reporter of Hindi Daily Aryawart "आर्यावर्त' at Darbhanga.